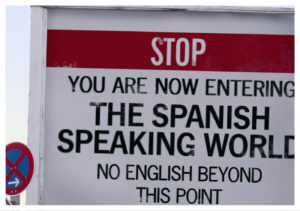 IEA Latin America builds on the success of Academia Buenos Aires and Academia Uruguay, which were founded in 2004 and 2007 respectively as Spanish language schools. Accredited by the Spanish Instituto Cervantes and the Ministry of Education in Uruguay, these sites welcome over a thousand Spanish language learners each year from over 45 different countries and also serve IEA for its Spanish language program offerings. Both schools are members of the respective national language school associations, SEA (Argentina) and GTI (Uruguay) and adhere to the principles of the network for responsible travel RTR Global.

Both Academia Buenos Aires and Academia Uruguay use a full-immersion, integrated learning method. Students learn Spanish 24 hours a day, in professionally conducted classesincluding information on local culture and history, informally at home with their host families and during extra-curricular activities. This approach is based on the idea that participating in a mix of different language situations is the most efficient way to learn a foreign language.

The curriculum of both Academias is based on the European Reference Framework for learning languages, with strict equivalencies to the ACTFL framework. The study material used by more than 10’000 students and perfected over the past 14 years has been designed for intensive learning in the cultural context of Argentina and Uruguay. Group classes have a maximum of 7 students and start every Monday year-round, on all levels. Prior to arrival students fill in an online test, followed by an oral test on day 1 of classes, to assign group levels.

All teachers have undertaken tertiary studies in Spanish language and literature and have many years of experience in teaching Spanish as a second language. The method used is based on the communicative approach. Students learn to apply formal knowledge of the language and negotiate meaning by participating in real communicative situations in which language becomes a means to an end and not just an end in itself.